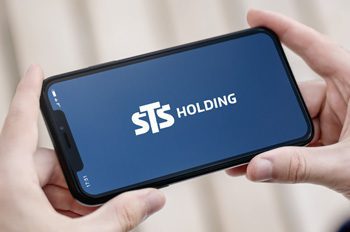 STS Group – one of the largest bookmakers in Central Europe and the market leader in Poland – generated NGR of over PLN 458 million in Q1-Q3 2022, compared to nearly PLN 429 million last year. From January to September 2022, the value of amounts staked by the customers of the STS Group amounted to PLN 3.300 billion, compared to PLN 3.274 billion last year. In Q3 2022 alone, the Group generated the historically highest NGR on a quarterly basis; it amounted to PLN 162 million, compared to PLN 134 million last year. In Q4 2022, The STS group is preparing for the World Cup in Qatar, which will be played in November and December.

In Q1-Q3 2022, the number of active users amounted to 576 thousand. From January to September this year, the Group recorded 237,000 new registrations, with 163,000 customers who made their first deposit.

As previously announced, Q3 of this year saw a significant increase in NGR. From July to September, we generated the historically highest quarterly NGR ratio of PLN 162 million. The last months of this year will be extremely intense for us, among others due to the World Cup in Qatar and the league schedule adjusted to the World Cup. It is worth noting that from October to December, extremely popular tournaments and leagues other than football are also held. We note high activity of players, which should positively translate into Q4 2022 results – says Mateusz Juroszek, CEO of STS Holding.

September turned out to be a very good month in terms of the number of active users – there were as many as 281,000, which was the second highest monthly result in the history of the Group. We also recorded 38,000 registrations, and 27,000 of FTD were also made – these were one of the highest monthly results in our history – adds Mateusz Juroszek.

The Group has no external debts and no bank obligations, and the granted credit lines have not been disbursed. As on June 30 of this year, the total reserve capital of the STS Group amounted to PLN 238 million, including PLN 198 million of financial resources and their equivalents and PLN 40 million of unused credit lines.

The STS Group is the largest bookmaker in Poland in terms of turnover, operating also on an international scale, thanks to the licenses in Great Britain and Estonia, from where it offers services on several markets. The poducts offered by the Group include sports betting, Virtual Sports, online casino (outside of Poland), BetGames and a wide range of eSports.

For many years, the group has been continuously implementing the “mobile-first” strategy based on the proprietary bookmaker system. It is constantly developing its own technology platform to meet customer needs and set market trends. The Group’s investments in the product portfolio and technological solutions in 2021 amounted to PLN 29 million. Furthermore, in 2020, STS S.A. took control of Betsys, the Czech technology company, in which it currently holds 74% of shares. Betsys is the main provider of IT solutions for the bookmaker in Poland, both for online and retail channels. In total, the Group’s product and platform development team consists of about 160 highly qualified specialists, including approximately 85 programmers, 55 other employees in technology and platform development, and 20 people dealing with business intelligence and business analytics.

About the STS Group

STS Group – one of the largest bookmakers in Central Europe and the market leader in Poland – was established in 1997. The bookmaker – outside Poland – is licensed in the UK and Estonia, from which it offers services on several markets. The portfolio of the Group includes sports betting, Virtual Sports, online casino (excluding Poland), BetGames and a wide range of eSports.

The Group provides online services not only via the desktop website, but also through its mobile version, as well as Android and iOS dedicated applications and a network of approx. 400 retail betting shops across Poland. The Group is continuously improving its offering by, among others, providing more live bets and strengthening its leading position in the field of eSports. The bookmaker has also created its own withdrawal system – STSpay – allowing for quick transfers 24/7. The Group additionally owns Betsys – the company providing betting engine.

Thanks to effective 24/7 customer service, the Group can respond to increasing customer needs. Also, the Company offers live broadcasts of sports events via STS TV, also available to users of mobile devices. Every month, the Company broadcasts nearly 5,000 sports events, including, among others, football, tennis, volleyball, basketball and other sports.

The bookmaker is actively involved in supporting Polish sport, being the largest private entity on the domestic sponsorship market. The Company is the official sponsor of the Polish National Football Team, the strategic sponsor of Lech Poznań, the main sponsor of Jagiellonia Białystok and the official bookmaker of Widzew Łódź, Lechia Gdańsk, Zagłębie Lubin, Polish Volleyball League and other clubs and sports associations. The Group also supports eSports.

The company has modern betting outlets, which are located in every major city in Poland – there are over 400 of them in total throughout the country. The group employs over 1,500 people.

In February 2019, the Group started operating on European markets. Outside Poland, the bookmaker is licensed in the UK and Estonia, from which it offers services on several markets. The group is the first Polish bookmaker to start operating abroad. In addition, the Group operates in the Czech Republic (Betsys) and Malta.

STS Holding shares debuted on the WSE on December 10, 2021. The total value of the public offering was approx. PLN 1.1 billion, while the company’s capitalization resulting from the final price was approx. PLN 3.6 billion. The investors acquired 46,874,998 shares, or 30% of the share capital of STS Holding. The average reduction in subscriptions submitted by individual investors amounted to approx. 87.2%. Mateusz Juroszek and his family maintain 70% of the shareholding in the company.

[1]net profit attributable to the shareholders of the parent company, after taking into account the write-off in the amount of PLN 9.2 million

[2]net profit attributable to the shareholders of the parent company, after taking into account the write-off in the amount of PLN 9.2 million

Learn more
OK
This site is registered on wpml.org as a development site.